How do two immigrant brothers with no money, limited industry knowledge and amateur technical skills build some of Australia’s most successful digital businesses, with a combined exit valued at more than $1 billion?

It’s a good question. It’s one Gabby and Hezi Leibovich get asked every day, which is why they wrote their new book, Catch of the Decade.

We had the privilege to speak with them ahead of the book launch to find out a bit more about what they’ve done, how they’ve done it, and why they did it. These two enterprising brothers blazed an online trail that paved the way for many others, and they’re here to share their hard-won wisdom with us.

You may not have heard of these men, you probably won’t recognise their faces, but you’ll almost certainly know some of the brands they built, sold or merged for more than $1 billion after just 13 years in business.

Here are just a few of them:

How did these entrepreneurial brothers build these brands, and more importantly, how did they sell them for such a huge amount? They didn’t have it easy. In fact, you could say they did it the hard way. But what does ‘doing it the hard way’ even mean?

Gabby: Doing it ‘the hard way’ means waking at dawn in the freezing cold to set up a market stall in the Melbourne suburbs to sell imperfect clothes, while all our mates were sleeping off their hangovers from the night before. It means driving around the industrial sites of Melbourne in a beaten-up, Mitsubishi one-tonne van, cold calling hard-nosed suppliers to try to source our ‘catch of the day’, hoping those suppliers wouldn’t notice we were selling their stuff online. It means hauling the stock back to our warehouse, unpacking it, photographing it, writing ads, answering customer emails, building online sites, packing up goods and schlepping them to the post office every single day. It sounds hard, and it was, but we loved every second of it. It was an exciting time.

How did you come up with the idea of Catch?

Hezi: From selling at the market, we graduated to operating little eBay stores out of our garages. We were doing okay but we were up against the likes of Deals Direct and just didn’t have the budget or resources to compete. We knew we needed a point of difference. We were always reading, watching and listening to everything going on in our industry, so when a friend of ours told us about Woot, a US-based daily deals concept website, we thought maybe we could do the same in Australia.

What was the Woot concept?

Gabby: Woot was a deals site that sold one product every day at midnight. The deal lasted for 24 hours and then the sale was over. The website was written with a cool style of copywriting that was both arrogant and funny and had a ‘I don’t give a shit’ vibe to it, which we really liked. The prices they offered were so good, the items would sell out within hours, often in minutes! We liked the concept a lot. The best part? No-one in Australia had ever heard of Woot, so the concept was wide open for us to launch in Australia. Our motto had always been ‘better to copy and excel than to be original and mediocre’ and this was no different.

How did you come up with the name for Catch of the Day?

Hezi: We’ve both never forgotten the night we chatted together on Messenger trying to come up with a name for this new-style website that would sell one product a day. The conversation went something like this:

How about catch of the day?

You gotta be mad, catch of the day?

What are we selling, fish?

Anyway, after much debate, we decided on Catchoftheday. Just to be clear, at the time of launching, none of us thought this website would be anything more than a small addition to the revenue streams we already had.

Hezi: We hired a programmer we found for $1500 on Odesk who lived in some remote Ukranian village. It was going well until we were ready to launch: the guy just suddenly disappeared and we couldn’t get in touch with him for a week. I remember having sleepless nights. I thought he’d run off with all the code and our money and was now sipping piña coladas in some bar in Kiev. Every hour during the night, I would turn on my laptop in bed to see if he had written to explain what had happened, but there was nothing. I started to lose hope. Then, one morning a few days later, I got a message from him, apologising and explaining that his village got flooded; he’d lost all power for a few days and he couldn’t contact us. Turns out, he was an honest man. A great developer? Not so much. But it got us started.

As the business grew, what did a typical day look like for the founders of Catch?

Hezi: A typical day for us would look something like this: upon waking, we’d check our emails. We’d drive to the office, be at our desks by 8 am, solve the problems from the night before (we were a 24/7 business), attend a supplier meeting at 9 am, juggle a thousand different balls and decisions throughout the morning, eat a hurried lunch at our desk, have more meetings with suppliers in the afternoon, head home at 8 pm, have a quick dinner, kiss the kids, say hello to our wives, hit the desk for another few hours, answer more emails and have team discussions on Messenger, get to bed around 1 am and then get up and do it all again the next day. You could say we ‘bootstrapped’ it.

What advice would you give to people wanting to launch their own websites, or their own business?

Gabby: Execute quickly. We have a policy at Catch that has guided our every action: ‘Decide by midnight, execute by midday.’ Don’t wait for perfection, because there’s no such thing, and never forget that the first draft of everything is shit. Looking back, the web page we launched was terrible. It’s embarrassing really, but that’s what got us started. It was super basic: just a simple logo of a fisherman, a counter that counted down from 24 hours, a single product and a product description with a sales spiel that walked the chutzpah line of brazen, arrogant and blatant.

Hezi: Take our advice and just focus on the features that make the product work, that distinguish it in the market, and release it quickly to capture the opportunity. All the rest, the ‘nice-to-have’ features, can come later. Put it this way: if you’re happy with your first draft, you’ve launched too late.

Why has Catch succeeded in e-commerce while others have not?

Gabby: There are many ways to answer this question, but our answer has always been, quite simply, ‘We are better buyers!’ Trying to get suppliers to sell to us in the early days was very difficult. ‘No!’ was their default answer, and we had to work super hard to get them to hear us out. Being a great buyer is a skill that can’t be taught at university, and it can’t be acquired by reading a book either. We’d spent years working at the markets, and at our dad’s electronics store Panasales, so we learned to read people really well, and that translated into our ability to be better buyers. Here’s the most valuable lesson though: you make your money when you buy, not when you sell.

What problem did Catch solve?

Hezi: We realised that there was a massive untapped opportunity in being able to help suppliers and brands get rid of their ‘mistakes’, and this was the piece of the puzzle that Catch solved.

What do you mean, ‘mistakes?’

Hezi: Suppliers get caught out with excess stock for lots of reasons. It could be that a big retailer cancels an order; the wrong colours or sizes are ordered; the wrong items are sent out; or the buyer overestimates consumer demand, such as having too many air conditioners in the middle of winter. We knew suppliers had a massive problem that we could fix, but we just needed to convince them we were the ones to fix it for them.

How did you get your foot in the door when they were all saying ‘no’?

Gabby: I gave them a good reason to listen to me. I knew their pain points and I had a solution. But I had to be quick to make my point, or they’d chuck me out! Here’s the spiel I used when I’d turn up in my van trying to convince a supplier to sell to us.

Hi Joe,
I’m from Catchoftheday. We are an online shopping site. Our specialty is purchasing end-of-line stock and clearance offers. We buy the goods on the spot. I will make an immediate decision. I will pay you for the goods today and I will take the goods with me now. Is there anything in the warehouse you need to clear?

It worked every time because it solved Joe’s real issue which was the need to free up warehouse space and get rid of excess stock to make way for the next shipment. So, here’s what Joe really heard: ‘I will pay you today and take the goods now.’ How could he resist? Joe, and people like him, loved us because we solved a big problem for them.

What was your biggest turning point in the business?

Gabby: We had always wanted to sell computer products but the prestigious brands just wouldn’t sell to us. It was so frustrating. The sector was controlled by a small number of massive distributors, the largest one in Australia being Ingram Micro. By pure chance I heard that they were hosting an invite-only evening conference for their clients. I didn’t get an invitation; nor did anyone I know. It was a well-guarded industry. But that didn’t stop me. I ironed my suit (not something I wear often, except at weddings) and fronted up to the Melbourne Exhibition Centre. I honestly can’t remember how I did it, but I somehow kicked my way in with an exuberant display of charm, ignorance and chutzpah!

What did you do to get their attention?

Gabby: I came armed with a stack of flyers that detailed the message of Catchoftheday, and I’m glad I did. There were around eighty suppliers, all lined up in rows, each displaying their wares. Each stand was manned by the local distributor ready to do business. I went to work. I had only one evening, 80 potential new suppliers and one chance to make a first impression. I moved from stand to stand, shaking hands, handing out flyers and telling everyone how great Catch could be for their business. Some of the blue-chip companies I connected with that night included Toshiba, Asus, Canon, HP, just to name a few.

What impact did that event have on your business?

Gabby: It’s hard to overstate how important that night was. It changed everything. That event helped sow the seeds for ongoing relationships that shaped the years to come and would prove fruitful beyond belief. It cracked open the market for us and suddenly we had suppliers lining up to do business with us. That was the turning point for us and life was never the same again.

Catch of the Decade is due out November 2020. Find out more at www.catchofthedecade.com. 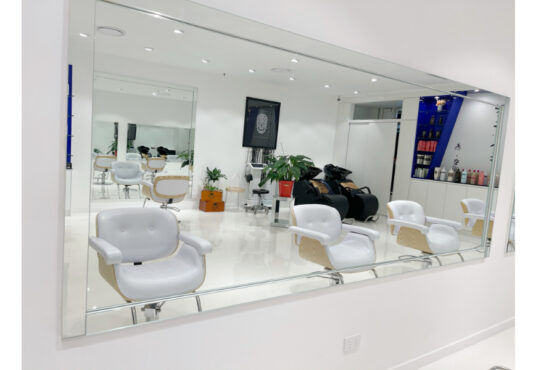 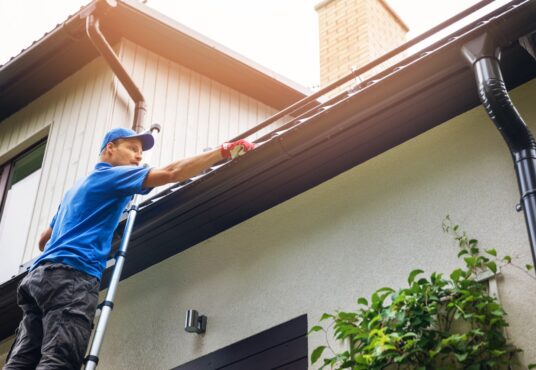 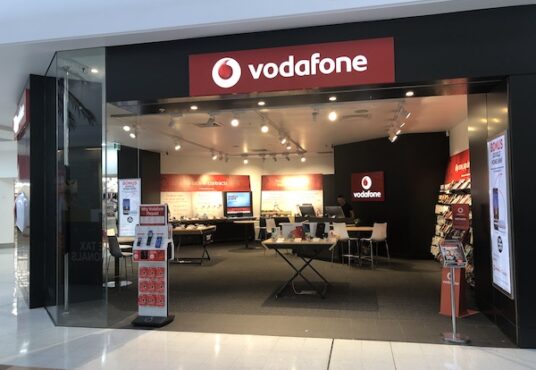 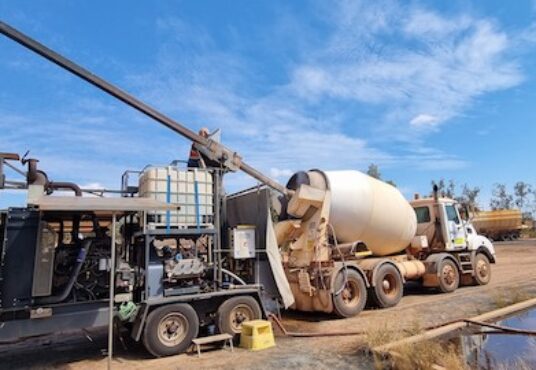 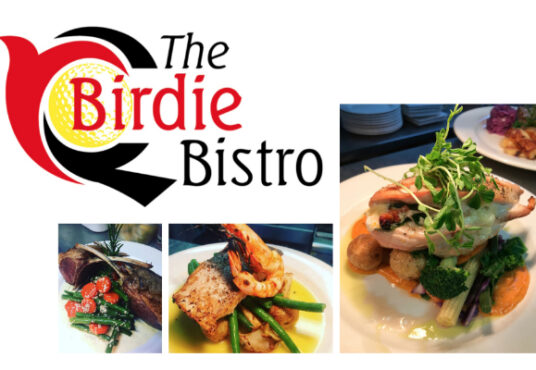 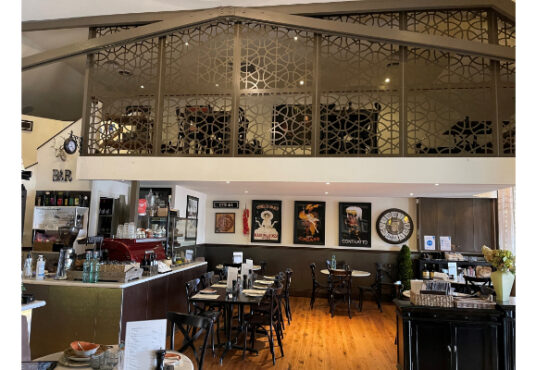 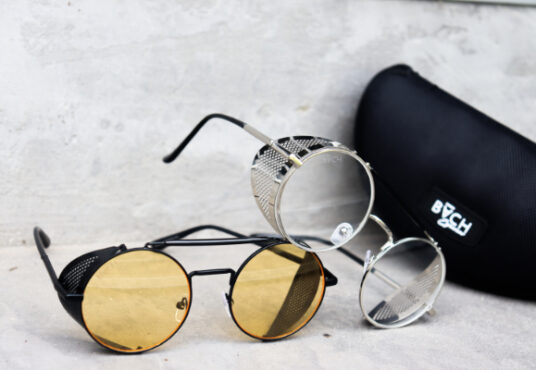 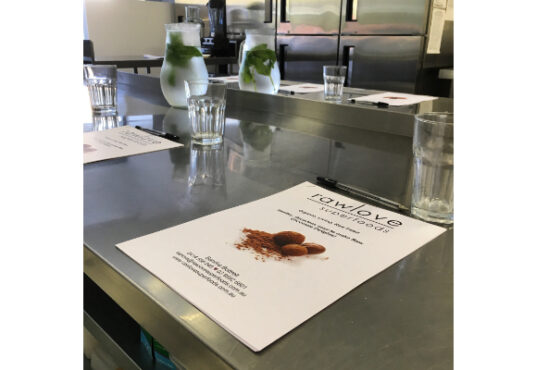